I spent the summer of 1976 in New Orleans, the birthplace of jazz, on a mission to find, photograph, interview, and play with musicians who had been around in the early 1900s when jazz music first emerged.

With help from Allan Jaffe, co-founder (along with wife, Sandra) of Preservation Hall, Tulane University Jazz Archive founder and curator Dick Allen, and a couple of obscure jazz books, I located several of these older, often forgotten, musicians, some of whom came of age in Storyville, the red-light district where music flourished. “The district” was closed by the US Navy in 1917.

I immersed myself in the traditional jazz played in the halls and streets of New Orleans at the time, researching, photographing, and recording stories and memories of a bygone era. (See E. J. Bellocq’s book, “Storyville Portraits” or Louis Malle’s fictional 1978 film, “Pretty Baby”.)

The reproductions that follow are digitized copies of original, 11×14 inch silver-gelatin prints I made in 1976, safely stored for a few decades after being exhibited in New York and Europe. Most of the images were made on location at Preservation Hall, still in existence and now operated by the founder’s son, Ben Jaffe. Nightly concerts continue, bringing the sounds of traditional New Orleans jazz to ever-new generations. 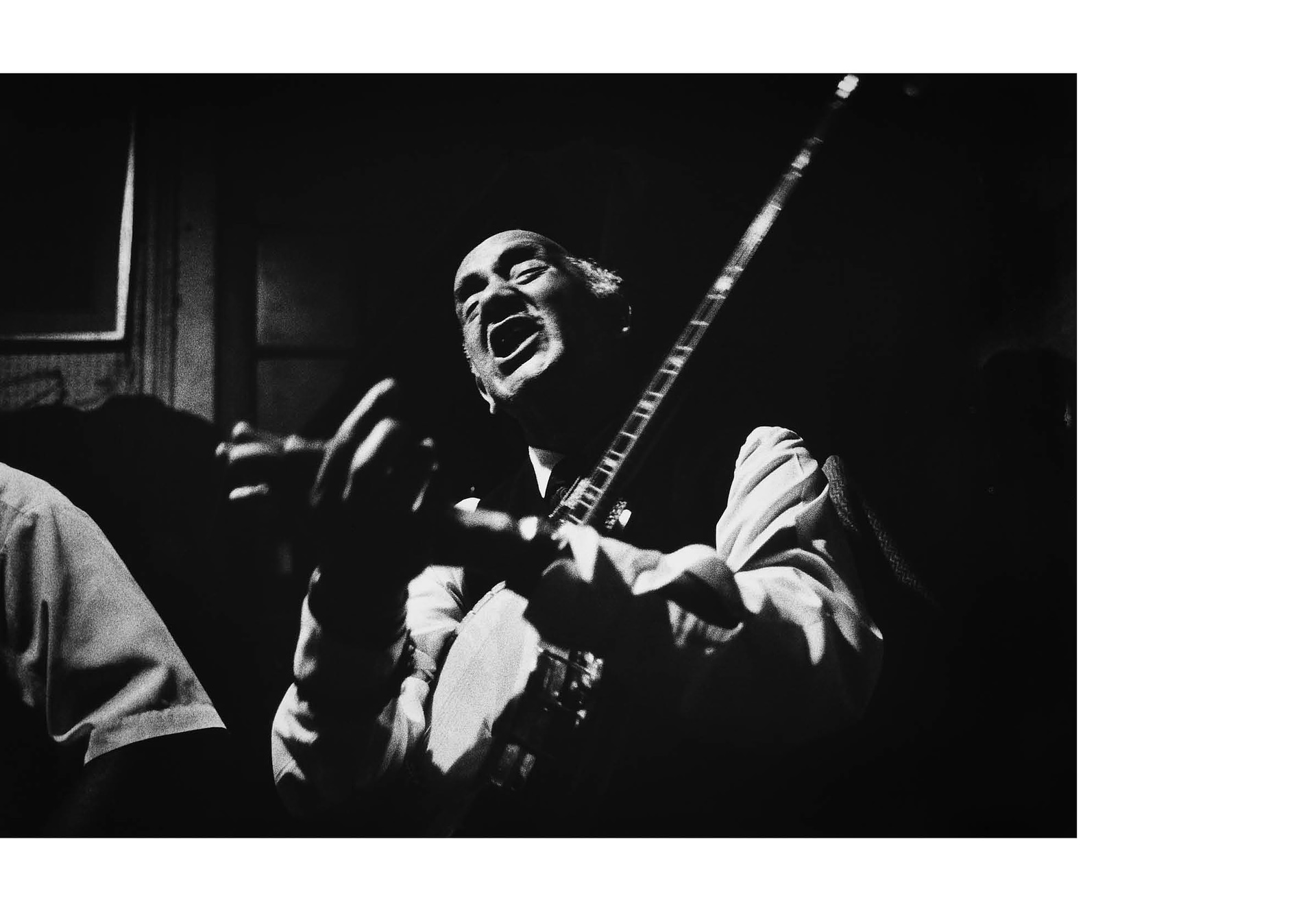 Sign up below to get updates about our future releases.